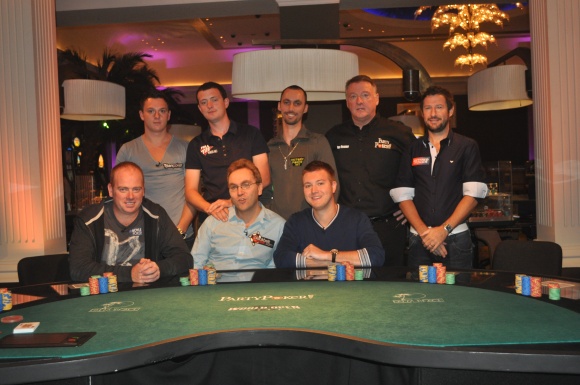 Neil is well known for backing/staking other players, and had 25 percent in James Akenhead who made the November Nine. 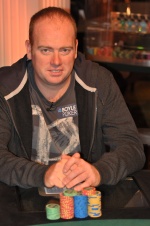 Marty Smyth is a professional poker player fom Belfast, Northern Ireland with a track record including his wins in the 2007 Irish Poker Open Championship and the 2008 Poker Million.

He also competed in the Ladbrokes sponsored Poker Million V event in England in 2006. He placed 6th in the final table winning $100, 000 in the prize money. The event was broadcast on Sky Sports.

He also made the final table the following year, finishing 2nd to Joe Beevers for $500, 000. 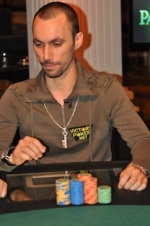 Dan Fleyshman began playing poker recreationally in 2005, and in 2006, won the first annual $5,000 CEO Poker Championship at the Palms.

At 28 years old, Fleyshman is CEO of VictoryPoker.com with pro players like Antonio Esfandiari and Sara Underwood.

Dan is not only an accomplished poker player he also has a string of successful business ventures on his resume.  From branded clothing to energy drinks, Dan has done it all and at the tender age of 23 became the youngest person ever to own a publicly-traded company when his company Who’s Your Daddy listed on the American stock exchange. 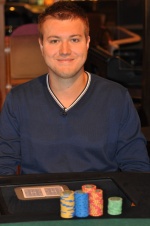 Peter Jetten – Charismatic Canadian poker player challenged Tom Dwan to wear his face on a big button during this years WSOP ME.

“Phil said to me, ‘What kind of bet do we have to make where I can get you to wear a button with my face on it?'” Jetten said. “We never ended up working out a bet, but later than night Tom [Dwan] got excited about the idea, so we made a last-longer bet.”

Jetten finished in 515th place in the 2009 main event for $23,000, outlasting the online poker legend, who didn’t make it in the money. (Side note: It’s a good thing Jetten never ended up making the bet with Ivey, who made it to the final table and got knocked out in seventh place). The payoff: Dwan had to wear Jetten’s button at the tournament of his choice — the 2010 WSOP main event. But by the time July rolled around, the button craze had gained a cult-like following. 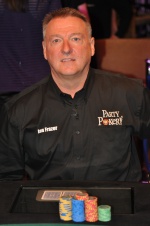 Ian “The Raiser” Frazer is an English professional poker player and commentator, based in Croydon.

Ian came to prominence around five years ago when he won the European Poker Open taking home $500,ooo in the process, he quickly followed that with title winning performances at the Global Poker Challenge and the 2006 partypoker108.com European Open.

Frazer has a long association with PartyPoker which was cemented with a Team PartyPoker contract back in 2009. 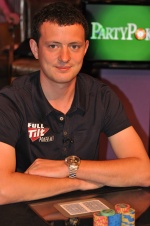 James Akenhead is a professional English poker player and a part of the London based poker group called The Hitsquad. He is best known for being a member of the November Nine in 2009.

Akenhead was the only British player to reach the November Nine final table at the 2009 WSOP. He started the final table with the least amount of chips and was knocked out in 9th place by Kevin Schaffel. Akenhead won $1,263,602 for his performance.

In the same year, Akenhead was one of two November Nine members to reach the final table of the WSOPE main event, the £10,000 No-Limit Hold ‘Em championship, the other member being Antoine Saout. Akenhead busted in 9th place, earning him £66,533 ($109,687).

The Londoner can also boast of being the 2009 Poker Million 8 winner, unbelivably that was a month later than the WSOP Main Event.  With that kind of track record James is sure to be one to watch at the World Open. 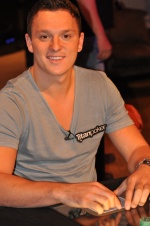 Samuel Trickett is a professional poker player. He started playing poker in 2005 after suffering a knee injury that ended his career as a professional soccer player. finished fourth in the 2008 wsop $5,000 No Limit event for $245,000.

Sam recently finished 5th at the EPT Villamoura and was featured at the partypoker108.com Big Game IV. 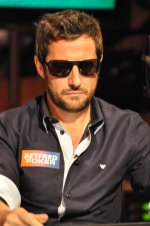 Lee Atherton is one of the lesser known faces at the partypoker108.com World Open VI but with a solid track record both online and offline Lee is not someone that the rest of hte field should underestimate.

Atherton specialises in six-handed shoot-out tournaments which should stand him in good stead for the World Open.  His greatest achievement to date was winning the GUKPT six-handed £1050 event in Bolton in 2007.