You are at:Home»Older posts»Tony G – I was a victim of a Shak attack! 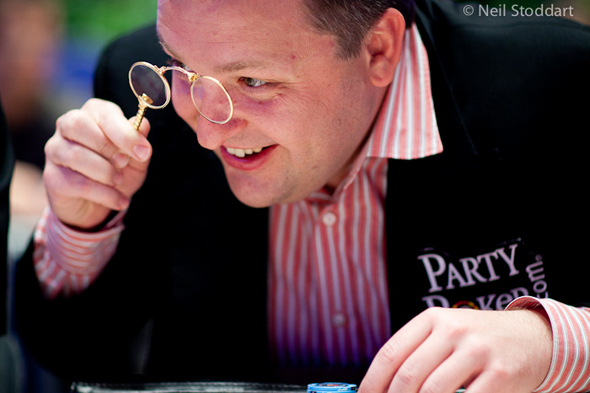 Tony G – I was a victim of a Shak attack!

I felt like a true visionary – I saw the light, I found Jesus. My spectacles were rose tinted and I felt great about my game in the 100k Super High Roller at EPT Monte Carlo.

This wasn’t to be my grand prix moment, however, I have not been crowned poker royalty. Time for the bike – I was a victim of a Shak attack. I folded Kings pre-flop – I got Kings three times in a row yesterday! What a game poker is!

How it turned out according to PokerNews

Tony G just went from roughly half a million in chips to out in the span of a few hands. Here’s what went down.

Tony G opened with a raise to 14,000 and Patrik Antonius made the call before Justin Bonomo reraised on the button to 46,000. Tony G fired back a four-bet to 114,000 and Antonius got out of the way. Bonomo moved in for approximately 400,000 and Tony G folded the

and had 326,000 in chips, which meant that Shak had him slightly covered. Shak held the best of it with the

The flop came down

and both players nailed it. Tony G picked up top two pair, but Shak still held the lead with bottom set.

The turn was the

and an interesting card. It meant that Tony G could now stay alive with a king on the river that would cause a chopped pot. Shak stormed away from the table at this point, unable to watch the river.

The river paired the board, but it was the

and locked up the win for Shak. He returned to the table to see what happened and then collected his chips. Tony G was eliminated.