You are at:Home»Older posts»James moves up – and back home for more poker

James moves up – and back home for more poker

James “HullJimi” Greenwood records a healthy second week in his PartyPoker Bankroll Challenge, which started with $25.

I’ve played a bit this week but not as much as I’d have liked as I’m finally moving home after the summer floods in the UK. I live in Hull, one of the worst affected areas where 10,000 homes had to be abandoned due to water invading through the front door!

It’s been six months out of my home and I’m so glad to be going back – it’ll be nice to have a proper internet connection again having had to use my mobile phone as a modem recently. This means that multi tabling is a real no-no at the moment, hence the limited number of hands I’m getting through.

However, I did play a good few hands. And one in particular was a cracker. I sat down at a table with my massive $2 stack (I have to adhere to strict bankroll management rules) and managed to quadruple up when four people went all in (all had me covered) and I hit trip Aces, having held A-A. Nice!

The other big hand was me having a nut flush with two all-in players in the pot – a nice treble up. 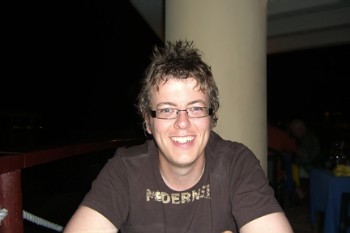 I’m still struggling with some of the play at the micro levels, however. In another hand, I again had A-A and I raise to 5 times the big blind. I raise again on a safe flop, another safe card on turn sees me raise again. Both of these raises were called. Turns out he had K-Q off suit and hit an unlikely straight on the river. He only had two overcards on the flop – what was he calling the flop bet for?!?! Argh!

I’ve also seen a flopped flush beaten by a full house on the turn, but that’s not so much a bad beat, more like variance. Stuff like that happens, it’s just when you’re busting a gut to run some money up on a the PartyPoker Bankroll Challenge, beats like that really hurt.

Anyway, I’m homeward bound. And once I’m in and settled, I think I might set myself a mini challenge of turning my $50(ish) into $100 in one week…..should I sit down with a bigger starting roll or not? Any advice?

The PartyPoker Bankroll Challenge involves starting off with a $25 bankroll and seeing how high you can take it. But, and it’s a big but, you have to stick to sound bankroll management techniques – never sitting down with more than 5% of the roll for cash games and Sit & Go’s, and not more than 2% for multi-table tournaments.

Stick to this and you should start to see your roll increasing – if you play a solid enough game! Furthermore, you’ll improve your game as you go along, particularly when you get to move up the buy-in levels.

Give it a try – and drop us a line here at the blog to let us know how you are getting on.