You are at:Home»Older posts»Barry Greenstein knocked me out, at least I went out in style 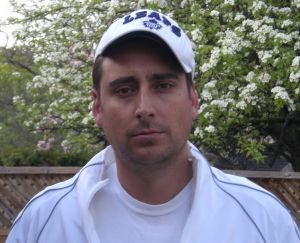 Barry Greenstein knocked me out, at least I went out in style

You can qualify to the WSOP satellites via daily freerolls or you can buy-in directly for $750 every Friday and Sunday. One of the recent WSOP package winners is JonnyARUBA, and here is what he had to say.

Tell me how your WSOP satellite went. What route did you take? What were the key moments in the satellite?

I started off in an $80 sub-qualifier that had 34 entrants and 3 seats to the $750 main event qualifier. After placing top 3, I went on to the $750 that had one seat guaranteed. There were 18 players and only 1 package! The key moment was heads up after giving up a 3:1 chip lead and being down 2:1 at the time. I limped on the small blind with AK suited, he shoved all his chips in the middle and I called to see him turn over AQ off suit. AK held. I took over the chip lead and went on to win it a few hands later. The final hand I was dealt was 88 and the flop came 8-3-3 giving me a full house and eventually the package.

Tell me about your PartyPoker story. How did you get started playing with us? Why do you like to play at our tables?

Could you tell me about your offline experience? Did you ever play one of big events like WSOP or WPT?

I qualified, online, for the 2008 PCA in the Bahamas. I ended up placing 140th of 1200 in the main event, losing a big chunk of my chips on a real bad beat and finished just out of the money. It was Barry Greenstein who knocked me out, so at least I went out in style. I then went on to play in a 1K side event while still down in the Bahamas and won it, taking down over 30K. That was my only live experience to date.

Any poker players you would love to meet and play against at WSOP and why?

As he is a fellow Canadian and Leaf fan, Daniel Negreanu is one of my most respected and admired players. I played the same table as him at the 2008 PCA in the Bahamas and thoroughly enjoyed that experience. I would love to stare across the felt at him again at this years WSOP.

What is your advice for players who want to emulate your success in the next Party tournament?

Know your game – poker is a game that has many different styles that can lead to success. You have to figure out which style works best for you and try to master that one. Once mastered, then go on to explore some of the other styles to see if they can help to compliment yours! And of course, when playing in the bigger tournaments, patience is a must!

Are you also going to be the one staring across the felt at Daniel Negreanu at the WSOP? Qualify to WSOP 2010 Main Event now at PartyPoker.