Russian superstar Artur Martirosian has been one of the world’s most in-form players for the best part of a year, racking up final tables like there are going out of fashion. He not only reached a pair of final tables in the High Roller Club events on June 30, he took one of those events down.

The $200,000 guaranteed Main Event drew in 40 players, each paying $5,200 for the privilege of competing against some of the best poker tournament players the game has ever seen.

One of those superstars, Niklas Astedt, is regarded as the best online poker tournament player but he was the bubble boy in this particular event. Astedt came unstuck in sixth-place during the 60,000/120,000/15,000a level. He jammed from the small blind for 1,259,107 with

and Martirosian called in the big blind with

. A final board reading

busted Asted and burst the bubble.

Jans Arends was the first recipient of some prize money, fifth-place yielding a $12,500 score. The action folded to Martirosian in the small blind and he set Arends all-in for his last five big blinds. Arends called with

and was ahead of the Russian’s

until a five lands on the flop of the

Fourth-place and $20,000 went to Timothy Adams, who is no stranger to major final tables. Adams was the chip leader at one point four-handed but made a big misstep in a hand against Martirosian to cut him down to the short stack. Adams fell when his last 12 big blinds went into the middle from the button with

and Rob Yong called in the big blind with

flop improved Yong to top pair but Adams still had outs. The

river helped Adams and the players gained a little more elbow room at the final table. 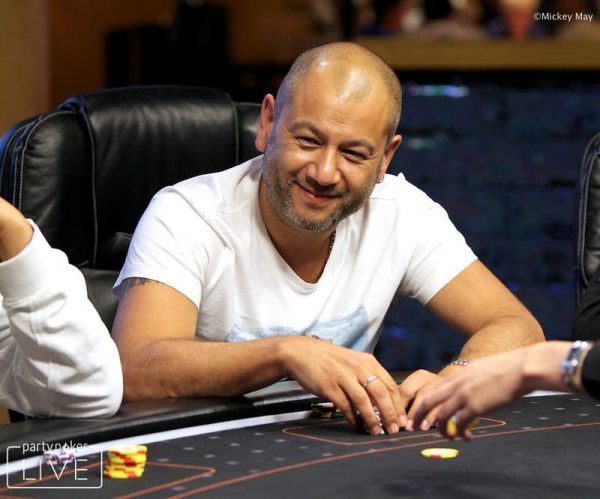 Heads-up was set when Joao Vieira busted in third place. Vieira min-raised on the button with

and Martirosian called in the big blind with

flop saw Martirosian check and Vieira check behind. Both players improved to a straight when the

landed on the turn, and both now had a flush draw to go with their made hand. Martirosian bet 1,470,000 into 1,462,500 and Vieira called. Martirosian hit a flush on the river with the

and he set his opponent all-in. Vieira called with his expensive second-best hand and heads-up was set.

. The hot-running Russian flopped a six on the

board to send Yong home in second-place with $53,000 in his back pocket.

Before Tuesday’s events, Alex Foxen led the race for the $30,000 top prize in the High Roller Club leaderboard. His narrow lead of only 10-points ahead of Rok Gostisa needs protecting because Gostisa seems to play almost every event. No more days off for Mr Foxen if he wants a free $30,000!

Ready to join the party?