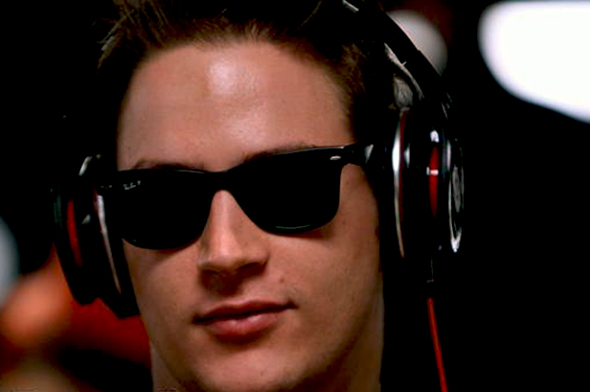 I wondered if Marafioti was a goals orientated person? Does he create a set goal per month for his income for example?

“I don’t really do things that way. I play when I feel like it. It has gotten to the point where I feel like I am free rolling through life as a result of the money that other people has given me through poker. I started with $20 and made several millions, I have travelled the world multiple times, I eat at all the best restaurants and I bought a $2 million house all with money I won from people playing poker. I don’t want to play when I am tilting because I want to play good poker every time I sit down to play. So I choose the times I play selectively.”

So what has he done with all that money?

“I play less high stakes these days. Back when I was 19-20 the $500,000 swings were just part of the game. But I learned that making the right decisions in life is more important than the competition at the poker table. Do you want to keep living the poker lifestyle or do something smart with the money? Take some of the top players like Ashton Griffin for example. He’s a really nice kid and one of the world’s top poker players, but he can run a few thousand into a few million and then lose it all again. He isn’t going to invest his money or buy a house.”

So what are the bankroll management rules that ADZ uses in his life? The rules that elude so many wannabe professional poker players?

“I have given my Dad all of my money since I started playing poker. My Dad is my bankroll management system. In fact, to this day I don’t even own a bank account. I trust my Dad and although it is a nuisance sometimes I wouldn’t change it for the world. He helps keep my feet on the ground. Let’s say I lose $100,000 to $200,000 in a session. I may ring him and ask him to wire me $50,000-$100,000 so I can continue playing. But he may say, “Not right now. I need time to cool off and regroup.” I see too many kids with too much money and responsibility, making all the wrong decisions. That doesn’t happen to me.”

So how has Marafioti played this week and what was one of his favourite hands?

“I have played some great poker this week. I mean PLO is not my strongest game and I have people too scared to play pots with me because they think I am always holding the nuts. I was making great bluffs with blockers, and playing some great stuff. I am really focussed on poker right now. Someone as gifted and talented as me should focus on what they are good at.

Here is an interesting hand: – There was a raise from first position and a player in the next seat called. I looked down to see

and over called from position. The three of us share a [Qx] [Jx] [3x] flop, the initial raiser leads for 200, the other player calls and so do I. I intend to outplay them on later streets and have some equity in my hand with the gutter. The turn is the [Tx] and I hit my straight. It checks to me and I bet 400, the first-player folds and the second player check-raises to 1,400. I put him on a set of queens or ace-king and make the call. You see this player knows I am fairly tight and I am not betting the turn with king-ten on that flop and he isn’t check raising with ace-queen, as he would probably call. The river is the [Tx] and he bets 800 into a pot of like 4,000. If my read is right I now have the losing hand. I asked him how much he had left and then moved him all-in. These types of spots are very player dependent and I know him well enough to rely on my earlier read. His under bet is a blocker bet to save his 3,000 and get a reaction out of me. In his eyes I am not capable of raising with worse as a bluff. So I move all-in and he sits there for a few minutes before going to muck his hand. I told him to turn over ace-king and I would give him $100 and he did show ace-king. The guy was a good sport though because he gave my $100 to the dealer.”

Lee Davy is a writer from Ogmore Vale in South Wales. You can follow his views and opinions through his blog at www.needyhelper.com or on Twitter @Chingster23