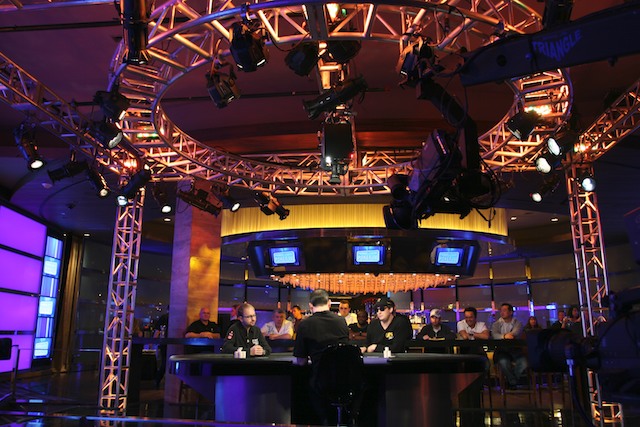 The league stages at the https://www.partypoker108.com/ Premier League IV at the M Resort in Las Vegas are now over. Four players go directly to the final table, while four others take part in heads-up matches tomorrow morning to secure the final two spots in the six seat finale.

See all the pictures from the final heat at PartyPoker’s official Facebook page.

https://www.partypoker.it/ online qualifier Giovanni Safina, a 44-year-old civil lawyer from Palermo, Italy, has secured one of the guaranteed seats at the final table making Italian poker history and is guaranteed to walk away with at least $108,000 of the $1.5 million prize pool after investing just 100 euros in an online satellite.

I am going to do this for Italy and for myself

“I am going to do this for Italy and for myself,” said Safina, who is an amateur poker player. “It was emotional to play with the world’s top pros at the start but now I am confident.”

Safina was subject to verbal volleys and trash talk from Luke ‘Full Flush’ Schwartz in his final heat but brushed him off as “a little boy.” During today’s group photoshoot Safina donned a pair of headphones to drown out the trash talk and egos around him.

“I hope Luke behaves himself tomorrow – whatever I don’t care – this is just such an amazing experience.”

Heat six was won spectacularly with immense tactical nous by Daniel Negreanu, who goes through to the heads-up matches tomorrow morning at the expense of Poker Brat Phil Hellmuth – who nearly pulled off an epic comeback to make the final stages of the elite event. Only first place would have done for Phil.

All the players gathered as an electric atmosphere built. JC Tran, in particular, was railing, needing Hellmuth not to win! Eventually it ended up being bike time for Hellmuth, Timoshenko, Rousso and Tony G and their Premier League dreams are over.

Tony G as Kermit the Frog

If Hellmuth riding a bike and trike races in previous heats wasn’t entertaining enough, the final heat was greeted with the presence of a monkey, Darth Vader and Tony G as Kermit the Frog. Luke Schwartz was replaced by a stuffed monkey for many of the early levels.

Phil Laak, wearing the yellow jersey as the Tour De Force of the Premier League, busted with a bagel after winning all his previous heats which absolutely blew the lid off the atmosphere and tension heightened. De Wolfe even gave Hellmuth a happy retirement card as the table talk went through the roof.

Negreanu said: “Man that was such a rocky road! It was so weird because Luke was never there and then he was and picks up aces when I have an Ace – just a crazy crazy day. I thought third was going to be enough bar a few scenarios but those scenarios turned up, Roland did real good and I had to make sure I got heads-up.”

Hellmuth said: “I can’t be too disappointed really – I feel good with the way I’ve played. I love playing under the heat of pressure and I feel I’m on the path to achieving great things this year but it just didn’t happen to me here.”

Schwartz said: “It was a bit of a sweat for me today and I feel I should have got through yesterday but it’s all good. (On not sitting at the table and the monkey replacing him) It was the logical move – I knew what I had to do and how to achieve it and I did.”

Full details on all the dramatic hands today can be found at PokerNews and live reporting of the marathon final day starts at 11.00am PST tomorrow.